Creating a simple yet elegant informational website on becoming altruistic stewards of the environment as promoted by the Laudato Si’ Year from the Pope of the Catholic Church. 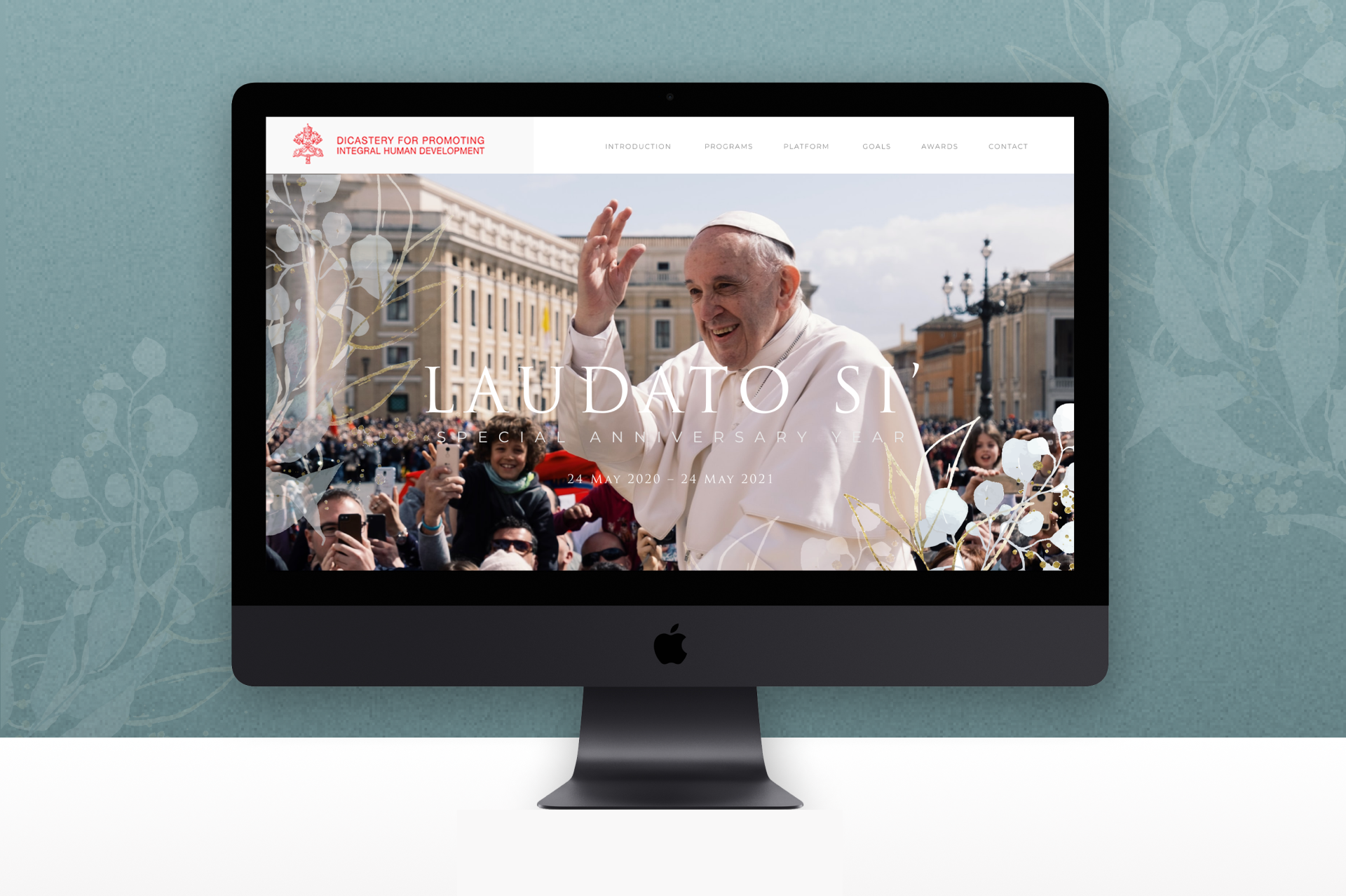 Due to our exemplary work on Living Chapel, the Vatican tapped us to create a website for the Special Laudato Si’ Anniversary Year publication and every event, platform, and content associated with and contained in it. We had to translate its contents into an intuitive, engaging, and easily accessible website.

On the fifth anniversary of Pope Francis’ historical, environmental cyclical, Laudato Si’, the Vatican announced the Special Laudato Si’ Anniversary Year. To spread and promote the message of renewing and strengthening mankind’s bond with nature, they needed a version of the publication in website form.

Challenge of creating a sustainable world

For their God-given mission, the Vatican didn’t request anything fancy or complicated for the website. Their only wish is to make a website cohesive with the original Laudato Si publication while also refining and expanding from it.

As the encyclical urged all people and the world to care for the environment, we thought it was apt to incorporate flowers and plants in creating the website. In choosing the colors, we didn’t want to overpower the original publication so we chose muted blues and grays. We believed that these would create a simple website that aligned with Laudato Si’s goals.

Keeping it down to earth

Through decorative flora illustrations and the muted colors, we evoked a calm and inviting feel throughout the Laudato SI’ website. Apart from being appealing, we also raised a sense of togetherness and shared responsibility using images of Pope Francis, people, the world. 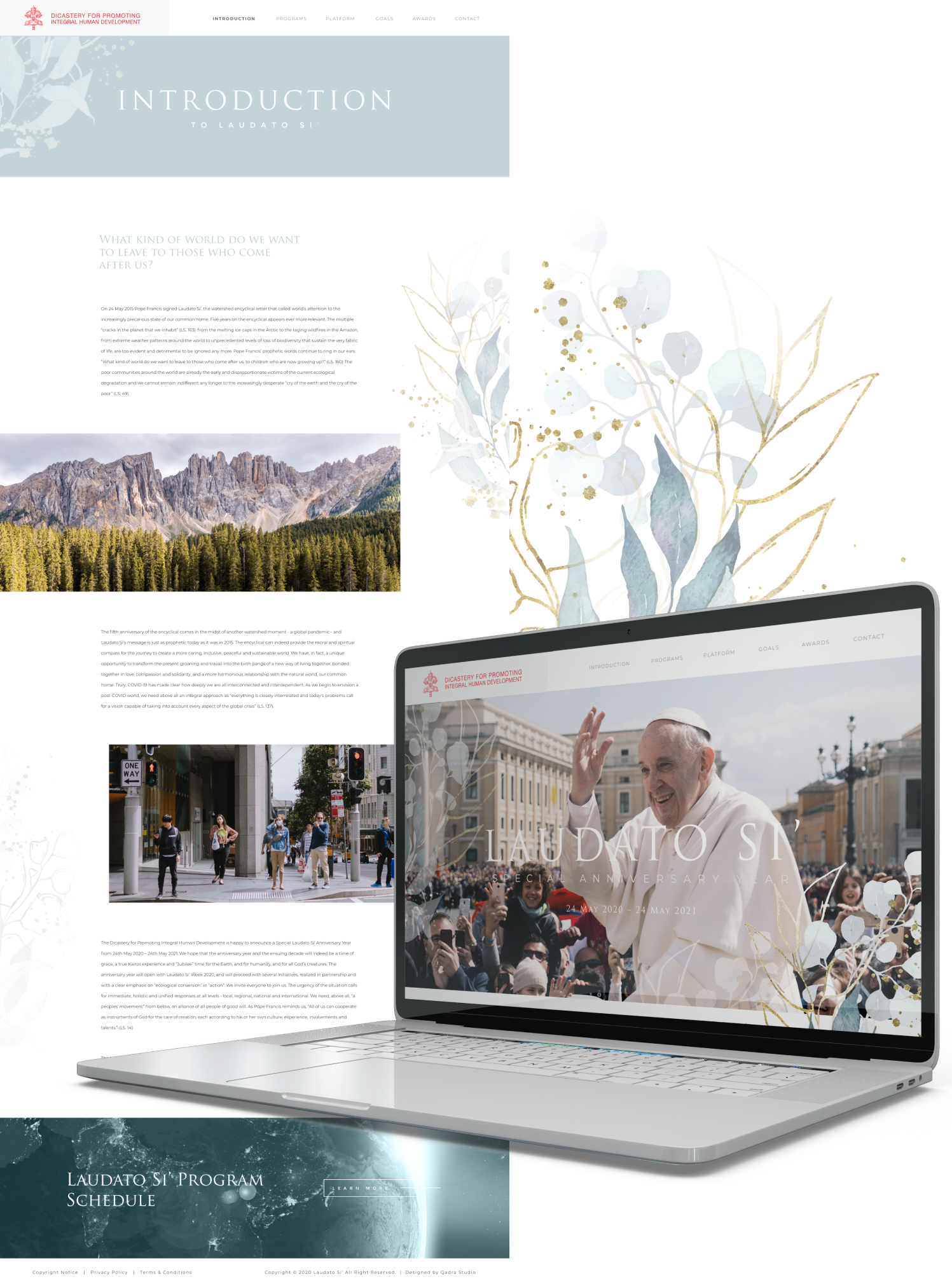 Faithful stewards of the environment

As an informational website, they needed to keep it simple, grounded, and intuitive. Through careful choices of color and the layout of text, interspersed with images, we made sure that it was easy to digest and use for anyone who wanted to hear their message. 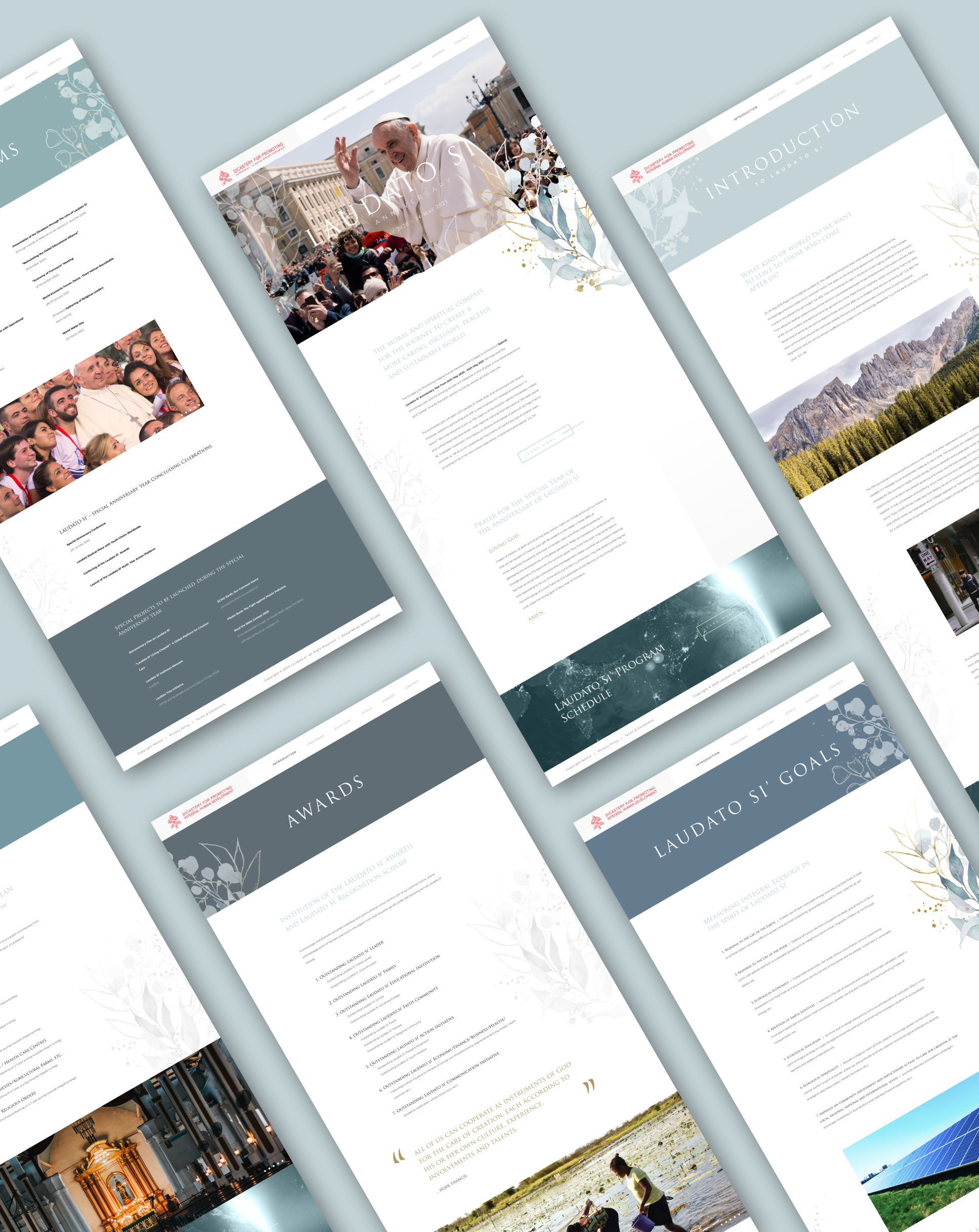 Open invitation to bond with nature

In line with promoting the publication’s message, we wanted the website to be easily accessed on any mobile device and screen resolution. Now, anyone with a phone can view and read the teachings, programs, and goals of Laudato Si’.

Have a project for us?
Send us a message. It’s quick and easy.